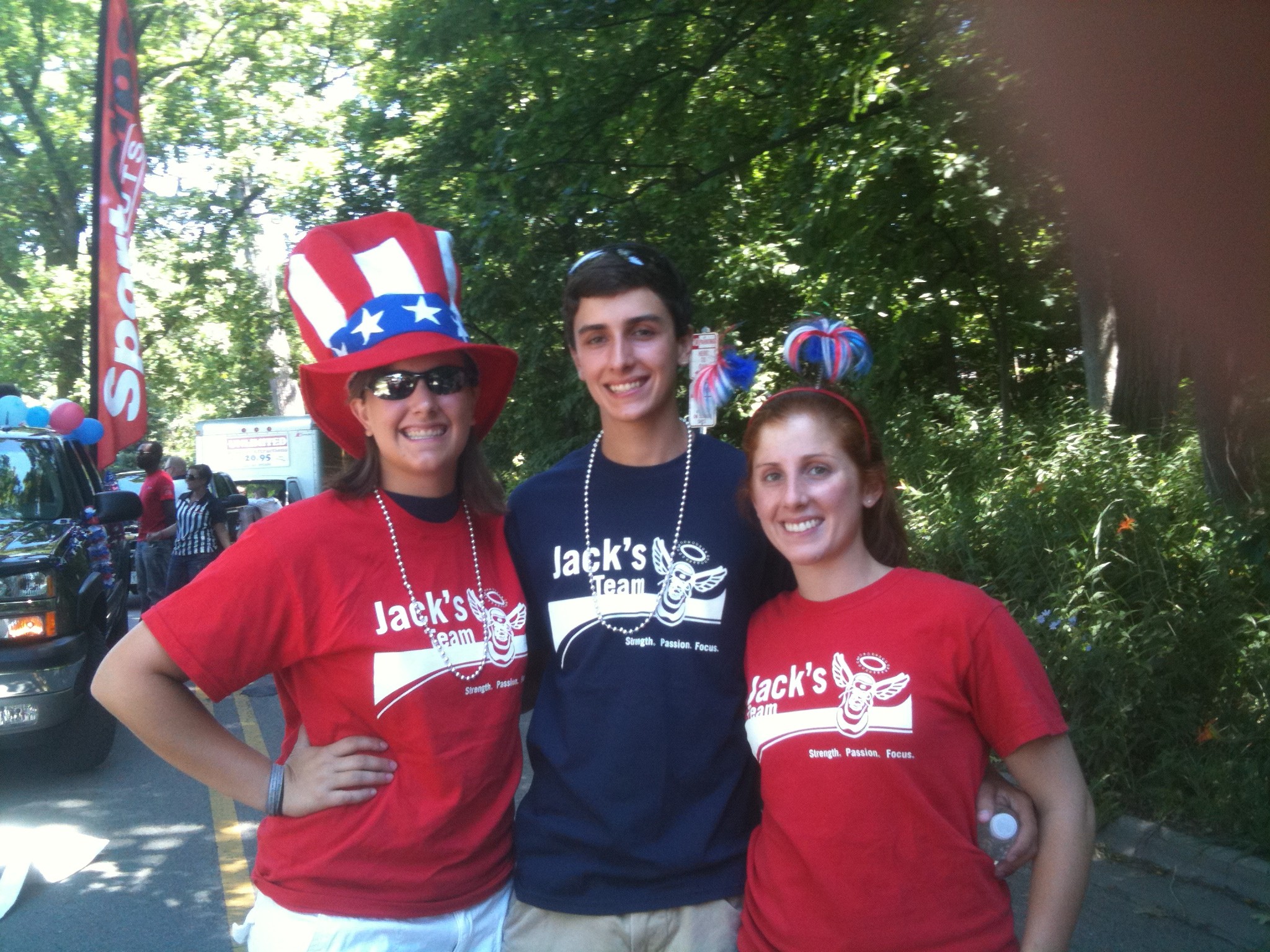 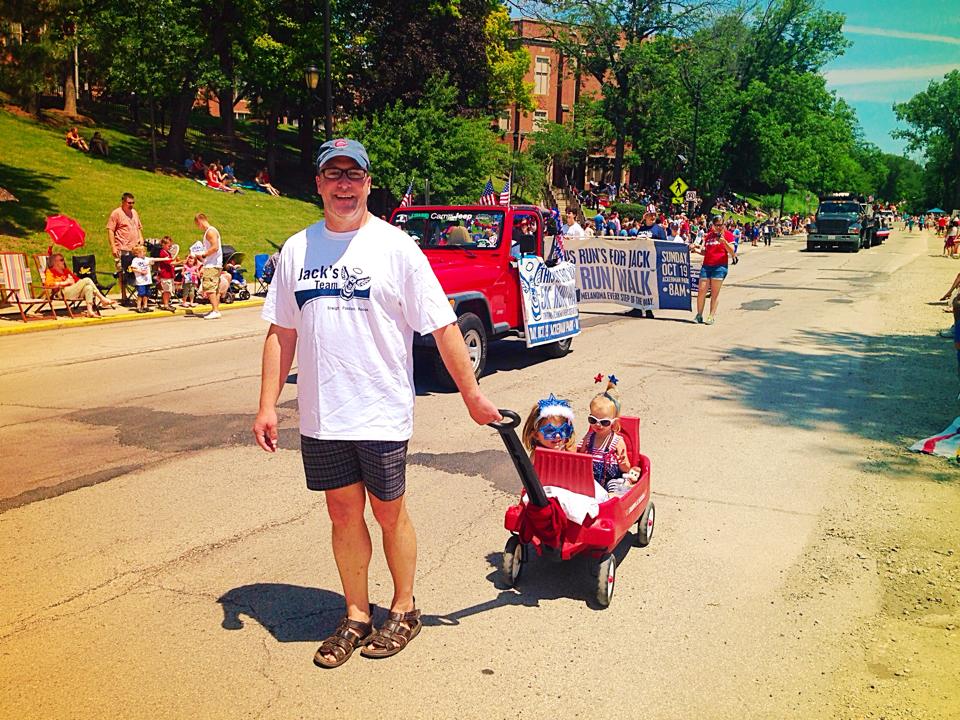 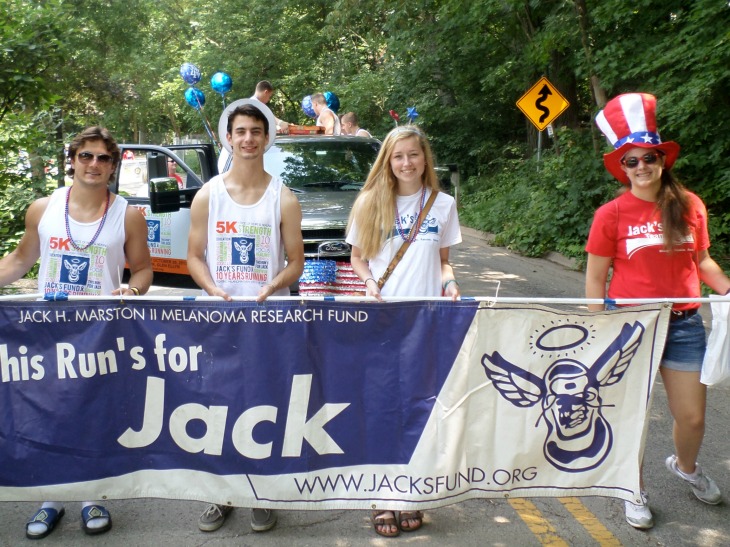 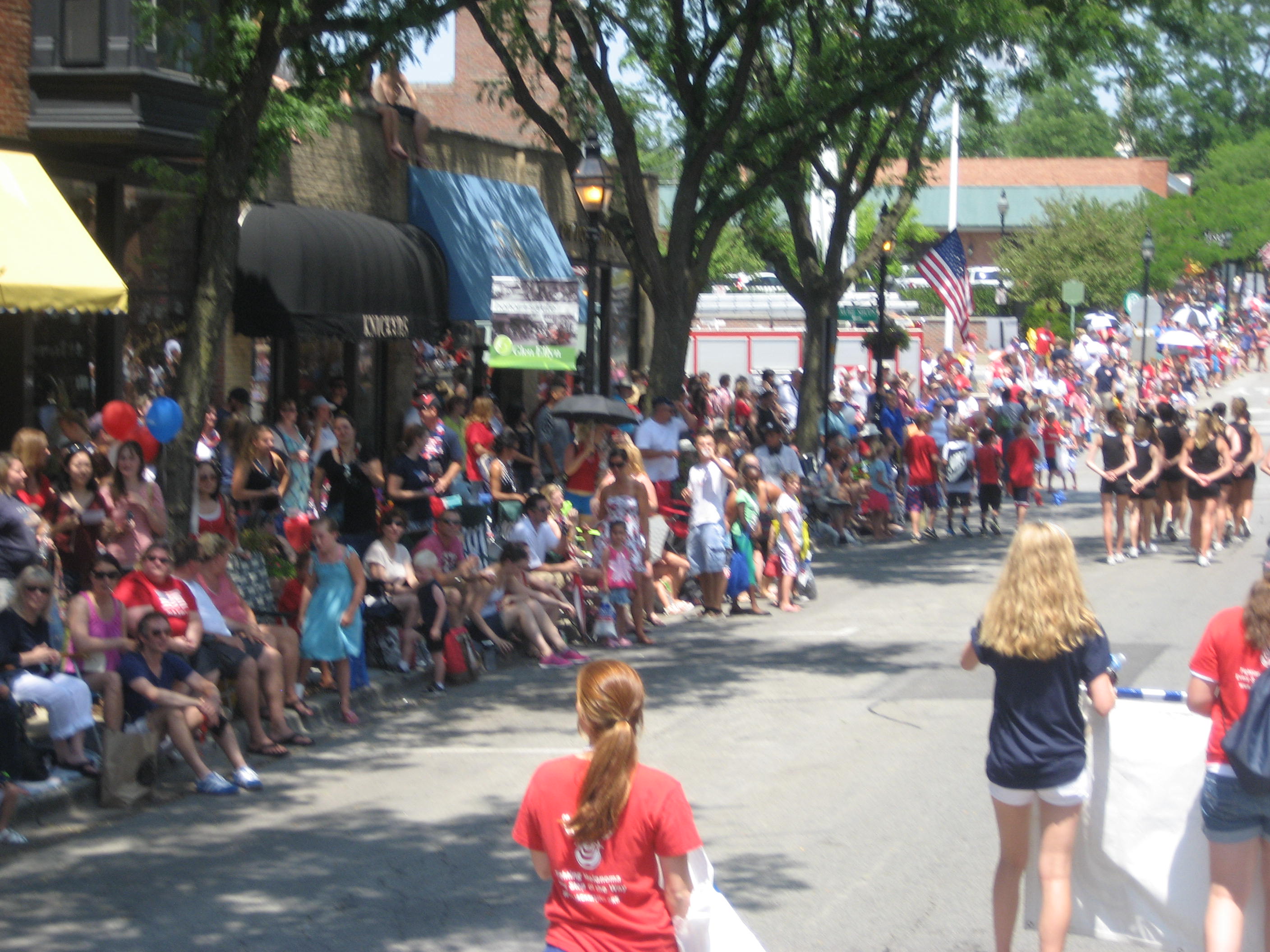 For the past seven years, Jack’s Fund has participated in the Glen Ellyn 4th of July Parade and handed out OVER 20,000 FREE SUNSCREEN PACKETS!

A large group of volunteers (many high school and college age) walk in the parade and hand out free sunscreen to the crowd. By involving young people in our mission, we CHANGE behaviors. They are the best advocates we have to reaching their peers.

“It’s become a tradition,” … said one mom.  In 2014, 5,000 sunscreen samples were distributed along the parade route. We receive many “thank you’s” from parents with young children, teens and seniors watching for us and appreciating the free sunscreen.